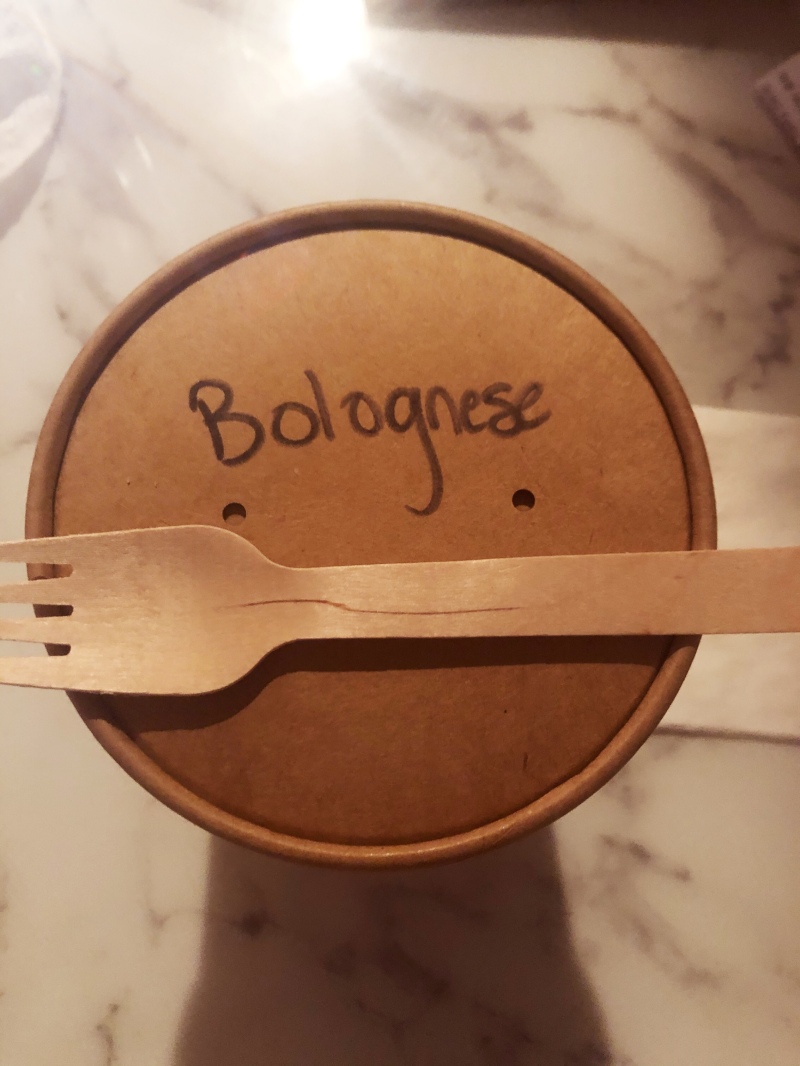 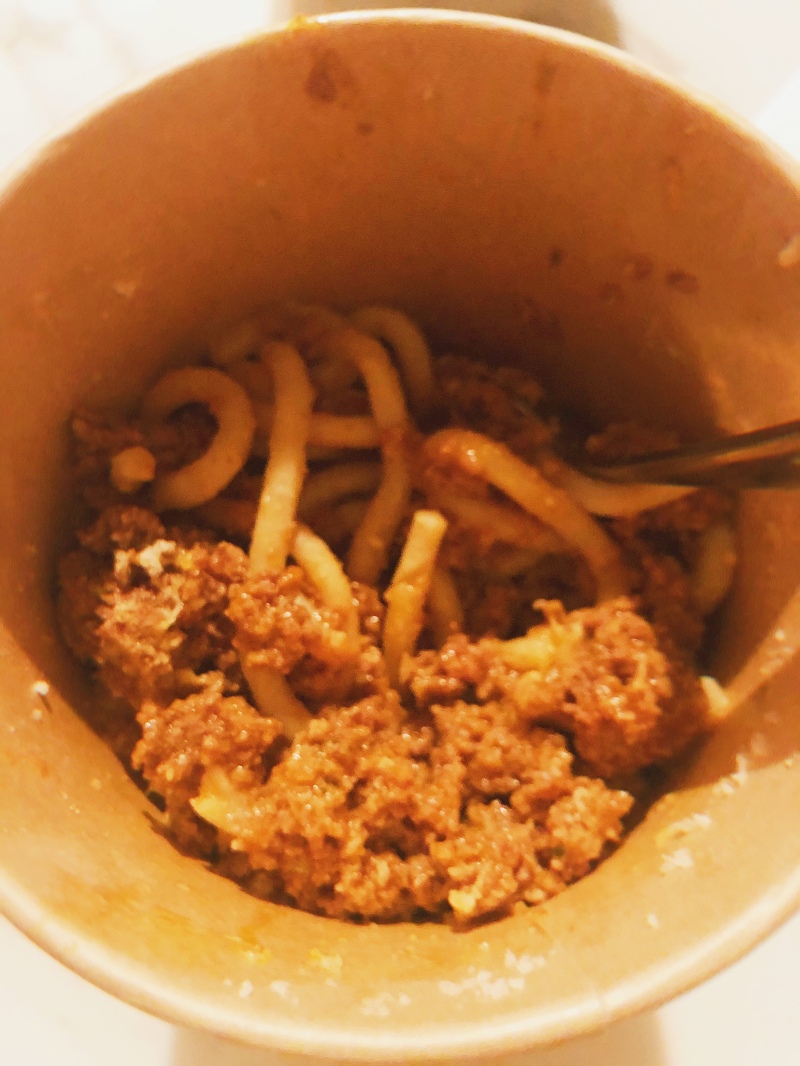 Yes, we are still in a quarantine, and yes only some people are wearing their mask in New York City, and yea it remains super humid outside, but amid all of those disenchanting situations when the night falls the concrete jungle remains just as busy and social as ever.

Restaurants are closed for inside dining and the streets of the jungle have turned into sidewalk cafes, that make the sidewalks crowded, the wait long, and take-out the best option out there.

On the docket for tonite was take-out pasta from a three year old restaurant called in Biogi Venezia located in the Upper East Side of Manhattan. Take out pasta dishes only and it is up to you to find a sidewalk table and chair or grab your food and prepare to eat it while you watch Chris Tucker in the movie Rush Hour (a true classic if I do say so myself).

What I opted for tonight was yet again the Pasta Bolognese, made with a thick sauce, lamb, pork, beef, and scratch made thick spaghetti noodles. Unfortunately I have to write that upon first bite, I felt no love or should I write I tasted no seasoning. No salt, no pepper, no Worcestershire sauce, absolutely nothing, my chagrin led me to do the unthinkable and that was to grab the salt and the shaved parmesan cheese and pray to the food gods that those insufficient side samples camouflaged as season would add a sapor that would excite my palate just a smidgen, but my attempt failed and the food gods turned a blind eye to my efforts.

It has a fancy name, and an intriguing chef who told me himself that he had been cooking for 55 years, but unfortunately it tasted like he was a quarantine cook, who had never cooked before, who got excited about the concept of cooking from scratch and decided to charge his friends for the experiment.

Biogi Venezia you missed the mark here with this Bolognese. The thing is Biogi, I dont suggest you remove this from the menu, but I do suggest you get a focus group who will give honest feedback so you can go back to the drawing board and potentially drum up something more appetizing.